Hakata-ori textile is beautiful silk fabric and one of the most well-known Japanese traditional craft arts, with a history of more than 770 years (since Kamakura Period). 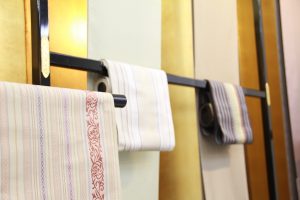 Origin and History of Hakata Ori 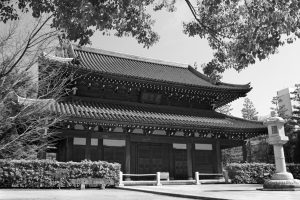 In 1235, during the Kamakura period, Hakata Merchant Mitsuda Yazaemon, accompanied by the Buddhist priest Shoichi Kokushi (founder of Jyotenji, the temple of Hakata), set sail for Mingzhou in Sung China. Yazaemon mastered the five production techniques for weaving, vermillion, gold leaf, wheat noodles, and musk tablets. Upon his return to Japan in 1241, Yazaemon shared his newly acquired knowledge with the citizens of Hakata. However, the weaving techniques were kept within Yazaemon’s family and handed down to the next generation, adding unique weaving technique. 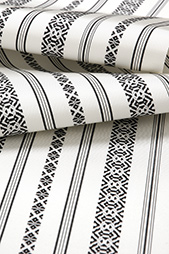 250 years later, Mitsuda Yazaemon’s descendant, Hikosaburo, traveled once again to China during Ming Dynasty to study of the art of weaving. Upon his return, he created an improved version of a thick taffeta-like material with a raised stripe design known as Fusenmon and Ryujo. This fabric took on the name of its birthplace, Hakata, and become known as Hakata-ori. 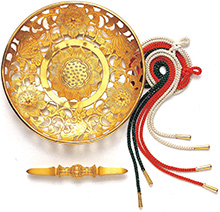 Hakata Kenjyo-Design
Since Kuroda Nagamasa (the first feudal lord of the Fukuoka Domain, Chikuzen Province) presented this textile to Tokugawa Ieyasu (first shogun of the Tokugawa shogunate “Edo Period in Japanese History”), the name of Hakata Kenjyo was born (Kenjyo means “present”).
There are fixed patterns of stripes and stylized “Dokko”, ”Hanazara” (both are motifs of Buddhist altar articles) in Hakata Kenjyo Design. Hakata-ori was designated by the Japanese government as Fukuoka’s Traditional Craf

【Hanazara】
One of the Buddhist tool. The vessel for scattering a flower, when holding a memorial service for the Buddha.

These stripes called Ryokomoci and Nakakomochi. It means a family’s prosperity.

The special features of Hakata-Ori

Hakataori textile has delicate and elegant gloss. A lot of slender warp thread is used, and this is strongly woven into the weft with a tautness to create patterns. Yarn-dyed silk, such as silk thread, gold thread, and silver thread is used. The Hakata-Obi (Sash) also has thickness and tension, so it is hard to unravel. It has a reputation for making silk produce a distinctive sound when tying it. 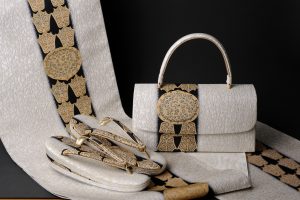 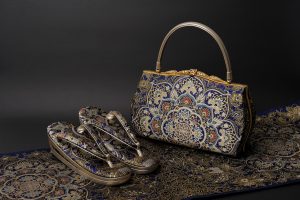 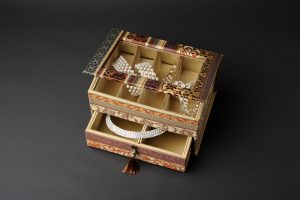 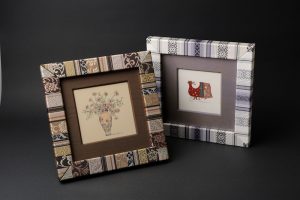 Futures of Hakata-ori
Hakata-ori textiles are now used in a wide array of products from interior goods to fashion items as well as traditional Japanese dresses and sashes, while inheriting its specialized technique and spirit with more than 770 years of tradition.
Hakata-ori will probably further develop according to the change of lifestyle. 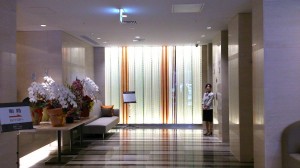 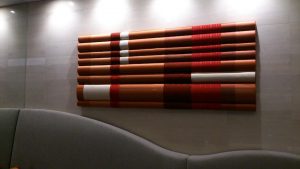 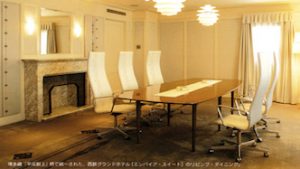 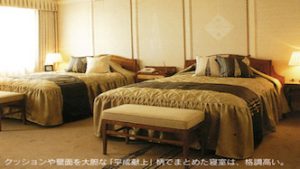 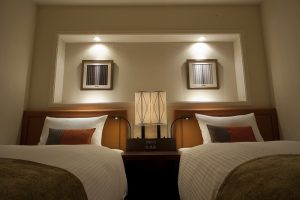 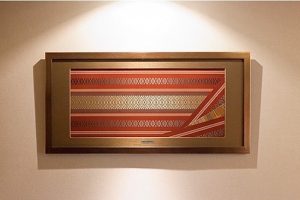 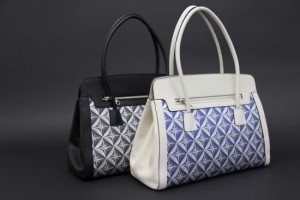 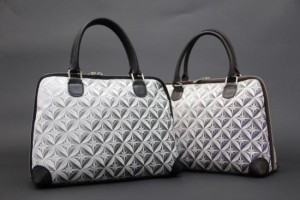 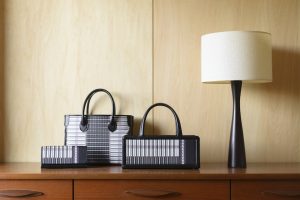 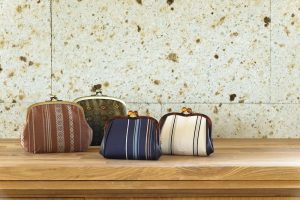 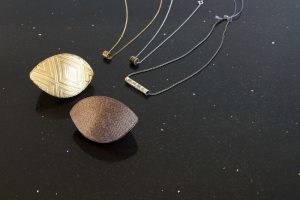 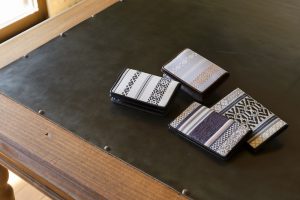 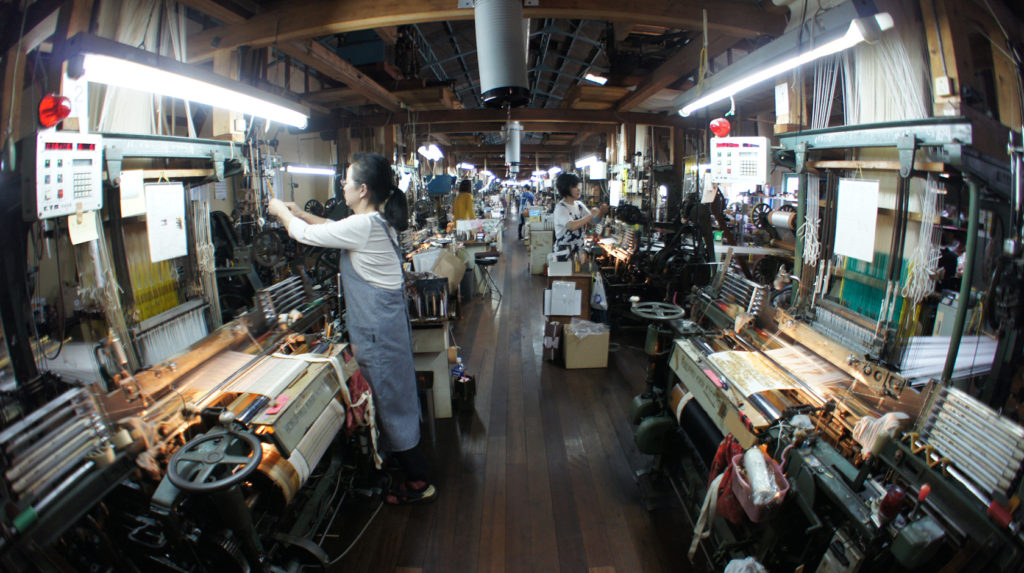 Chikuzen Orimono has a history of 67 years as a local wholesaler specializing Hakataori.Our weaving divison,a subsidiary known as Fukkou orimono, has won numerous prizes. Working with the consept of 「tradition and innovateon」We aim to preserve the traditions of Hakata-ori while continually challenging ourselves in the createon of new products that utilize its weaving techniques.On 12 occasions and 11 times running,we have been awarded the Prime Minister’s Award in the Hakata-ori Fair

Another the Prime Minister’s Award         https://chikuzen.co.jp/products/prize/ 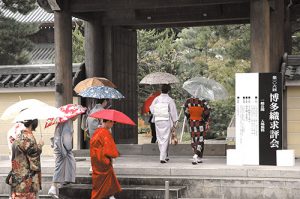 As a new venture, We wove the surplice for the head priest of Joten-ji Temple,the brithpace of Hakata-ori,whichi represents a first for Hakata-ori.Other firsts for Hakata-ori that we have undertaken are the weaving of Noh costumws and kariginu costumes for the chief priest of Kushida Shrine,which enshrines local deitiws.We have also worked on interior decorateon projects such as the JR Hotel Blossom,the interior decorateon and framing for Hotel Okura Fukuoka,and framed pictures installed on the Kyushu Sinkansen,Tsubame.